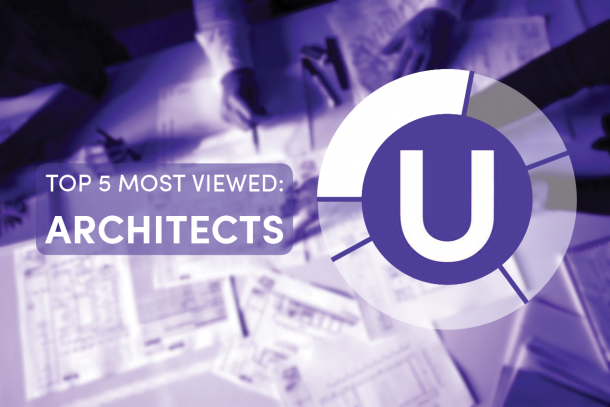 Architecture is all about the idea and these top 5 architects not only set out on risky journeys but they also returned with gems of beauty and unbelievable ingenuity.

Though there is no way for us to judge who are the top and who are not, what we can do is start small. Admire the ones who have made the difference and then continue adding to that list. Because architecture is one of humanity’s most visible and long-lasting forms of expression, spanning the entire length of humanity. Hence, with our list we have chosen to celebrate the top 5 architects in modern architecture and their craft!

Polish architect Daniel Libeskind moved to New York City, in 1959 where he attended Cooper Union for architecture. In 1972 Libeskind briefly worked for architect Richard Meier but then founded Studio Daniel Libeskind in 1989 with his wife. The Jewish Museum in Berlin was Libeskind’s first major international success. Some other notable works include the Grand Canal Theater in Dublin and the Imperial War Museum North in England

Manchester, England-born Sir Norman Foster founded Foster + Partners in 1967, and in 1999, he became a Pritzker Prize winner. His firm Foster + Partners has received over 470 awards and citations for excellence in their 45 years in business, including Gold Medals from the RIBA and the AIA. Some of Foster’s most notable works are the 30 St Mary Axe in London, Willis Faber and Dumas Headquarters in Ipswich, and Wembley Stadium in London.

Spanish architect, artist, and engineer Santiago Calatrava’s big break came when he won a competition proposal in 1984 to design and build the Bach De Roda Bridge in Barcelona. This competition led to international recognition. Calatrava is not only know for building bridges, but for his large-scale public works as well, such as the Athens Olympic Sports Complex, Auditorio de Tenerife, and the Ciutat de les Arts i les Ciències. He has won the AIA Gold Medal and the Prince of Asturias Award.

Ben van Berkel is a Dutch architect and founding partner of the internationally acclaimed architectural practice – UNStudio. One of his early projects are the Karbouw office building and the Erasmus Bridge in Rotterdam. In 2011 he was appointed the Kenzo Tange Chair at the Harvard Graduate School of Design. His most notable recent buildings include Theatre Agora, Mercedes-Benz Musuem and the W.I.N.D. House.

Bjarke Ingels is a Danish architect who heads the architectural practice Bjarke Ingels Group (BIG). Known for his innovative and ambitious design approach, his works include Islands Brygge Harbour Bath, a series of five open-air swimming pools in Copenhagen Harbour (2003) and three major housing projects in Ørestad on the southern outskirts of Copenhagen. While successes abroad consist of the Danish pavilion at EXPO 2010 in Shanghai, China, and projects for the New Tamayo Museum, Atizapán de Zaragoza, Mexico (2009) etc.

MONOLINE ARCHITECTS & DESIGN STUDIO is registered Architectural firm run by professionals having a broad experience in planning, interior designing, project management, landscaping and execution of all types of civil work.Our creativity in space planning, designing, interior , architectural details and choosing materials that enhance the overall design of the project result in a space that is comfortable